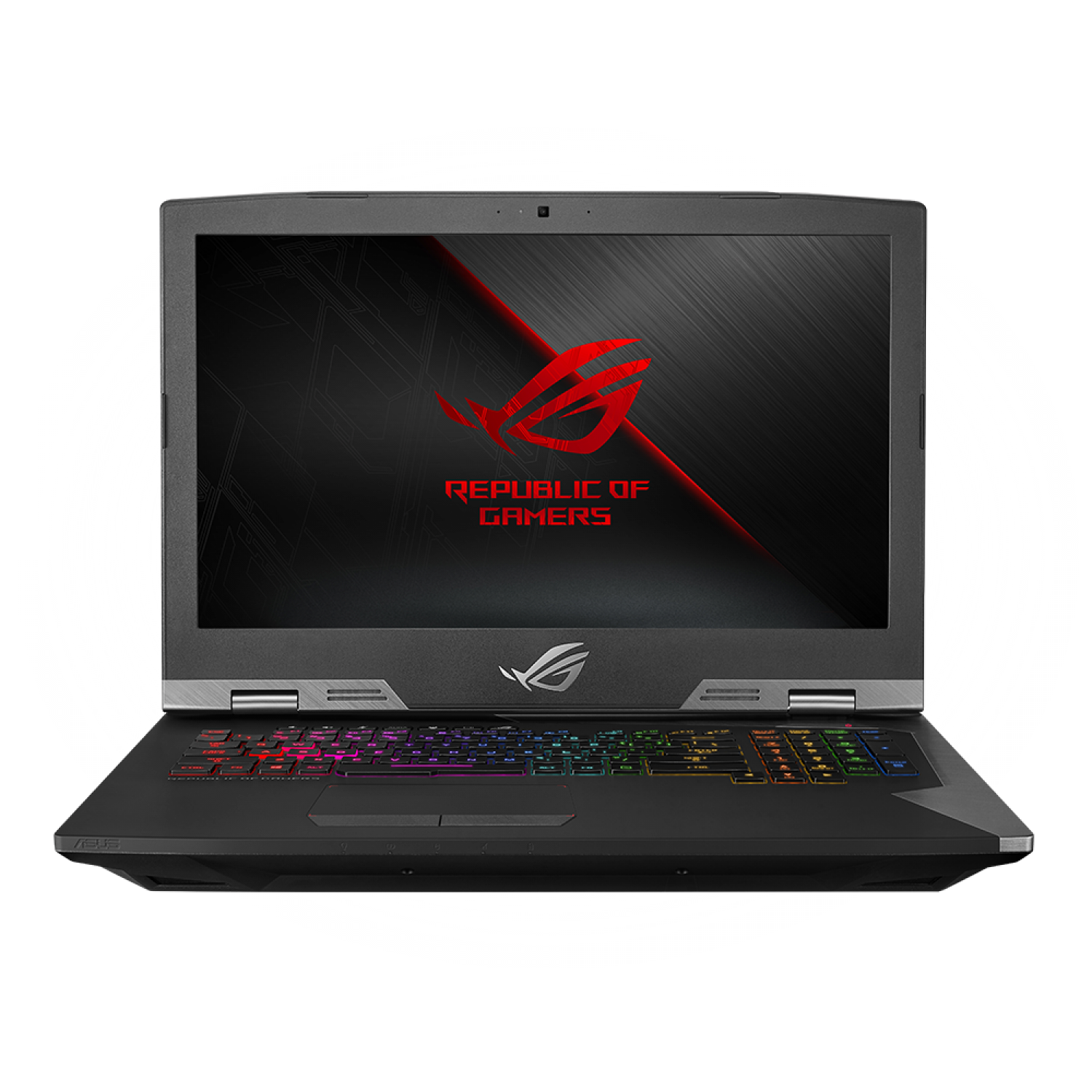 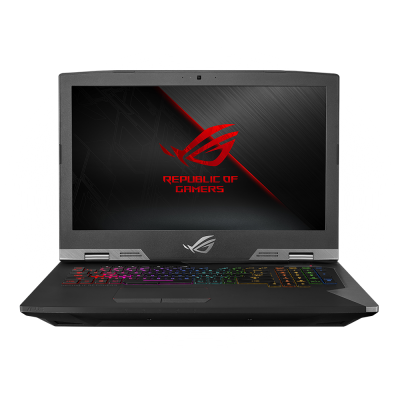 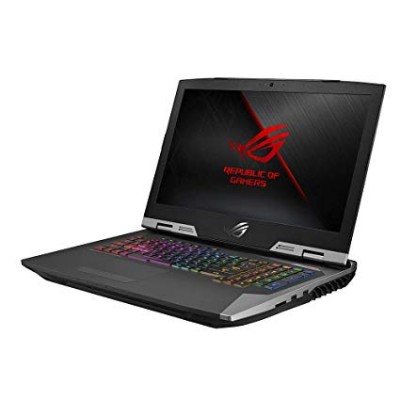 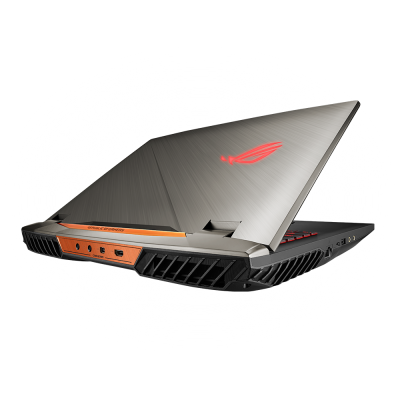 Max out your in-game graphics settings and immerse yourself in richer game worlds. The factory overclocked NVIDIA®GeForce RTX™ 2080 GPU enables deep realism with its cutting-edge ray tracing technology and AI-enhanced image processing; it boosts up to 1855MHz at 200W in turbo mode, with 8GB of GDDR6 VRAM clocked at 7151MHz, and both can be overclocked further. Power through any workload with a factory-overclocked Intel Core i9-9980HK CPU that reaches incredible speeds of up to 4.7GHz with all eight cores engaged, surpassing stock speed by over 11.9%. Overclocking is at your command via ROG Armoury Crate’s intuitive dashboard. Push G703 to its limits with just a few clicks.

INTELLIGENT COOLING WITH BRAINS AND BRAWN

ROG's Intelligent Cooling philosophy mixes the right features and system settings to ensure the best experience for each chassis and components, no matter what you’re doing. G703's self-cleaning cooling system expels dust and dirt particles from the chassis to improve longevity, liquid metal compound improves thermal transfer from the CPU, and ultra-thin fins expand the surface area for heat dissipation across quad heatsinks. As you work and play, ROG Armoury Crate software seamlessly switches between operating modes to optimize performance and acoustics for the task in front of you

HyperDrive Extreme uses exclusive technology to combine up to three NVMe PCIe 3.0 x4 SSDs to provide G703 with the world’s fastest RAID 0 storage available in a gaming laptop — so your games load up faster. Having two out of the three SSDs directly connected to the CPU helps avoid DMI bottlenecks, allowing for speeds of up to 8700MB/s.