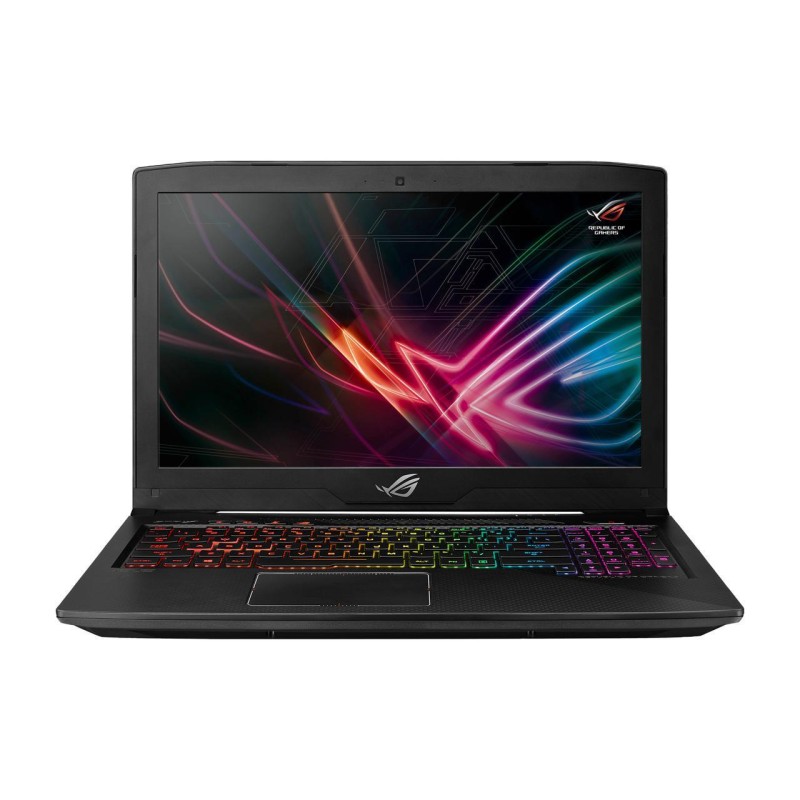 ROG Strix SCAR Edition is built exclusively for the sharpest shooters in the meanest gunfights. This gaming laptop is designed to give you a competitive edge in FPS esports titles like Counter-Strike®, Overwatch®, and Team Fortress® 2. Feel the power of Windows 10 Pro,

the latest 8th Generation Intel® Core™ i7 processors, and NVIDIA® GeForce® GTX 10-Series graphics; and enjoy the smoothest and most accurate visuals ever on an IPS-level display with a 144Hz refresh rate, 3ms response time, and NVIDIA G-SYNC™ technology.

With a desktop-style Aura Sync-enabled keyboard, N-key rollover, and fast-actuating keys, Strix SCAR Edition keeps you centered on the maps — so you’ll rank high, and take out targets with absolute precision!

packing all its lethal firepower  into a compact chassis with a thin 2.4cm profile, and an overall weight of just 2.6kg! And it looks the part, too — its Gunmetal Grey finish mirrors that of the deadly weapon.

COMBAT-PROVEN COMPUTING POWER Strix SCAR Edition is powered by up to the latest 8th Generation Intel Core i7-8750H six-core processor for extreme performance. You can even upgrade your arsenal with a choice of NVIDIA GeForce

guarantee superior performance. Whichever configuration you choose, Strix SCAR Edition is armed to the teeth, with combat-proven computing power to rule the game.

curves that are comfortable to the touch. ROG-exclusive Overstroke technology enables earlier actuation and a longer over-stroke distance, enabling fast, accurate and effortless keystrokes that increase your actions per minute. Specially highlighted WASD keys and

N-key rollover further boost your precision, and with the action guaranteed for 20-million key presses your kill count will just keep on rising!

ACTION-PACKED VIRTUAL REALITY NVIDIA GeForce GTX 1060 and 1070 Series VR-ready graphics put you in the midst of the action. Shooting games are hugely popular in the VR world so level up your marksmanship in a smooth,