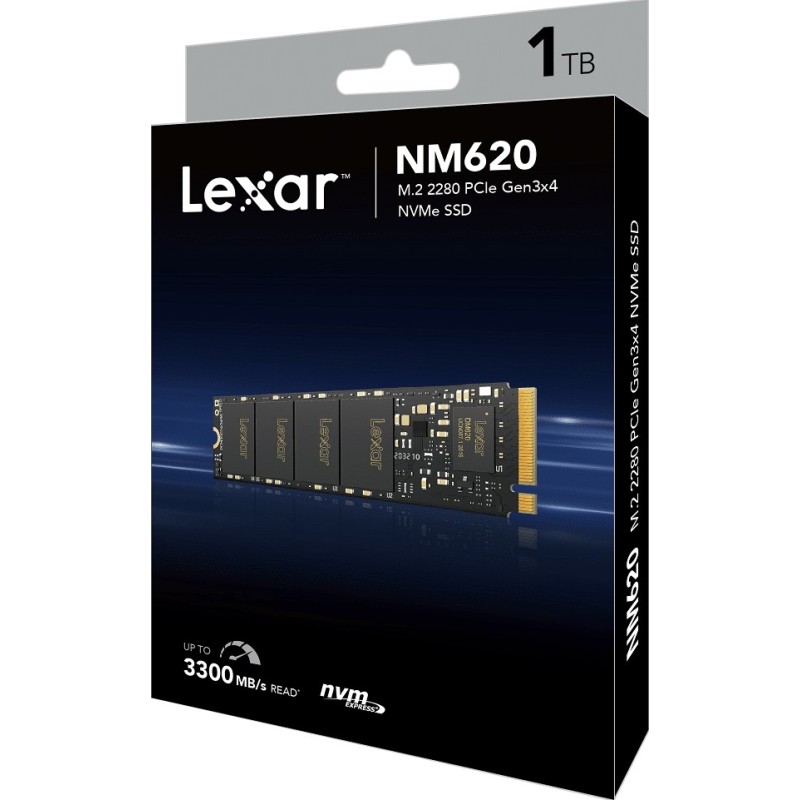 With speeds of up to 3300MB/s read, enjoy 6x the speed of SATA SSDs3. The NM620 puts you in the computing fast lane and offers impressive performance for demanding creative workstations and gaming experiences.

Low-Density Parity Check (LDPC) technology makes data transfers more reliable than ever by fixing data errors before they have a chance to slow you down.

Unlike traditional hard disk drives, the NM620 SSD has no moving parts, so it’s built to last. On top of that, it’s also shock and vibration resistant2, making it one robust and reliable SSD.