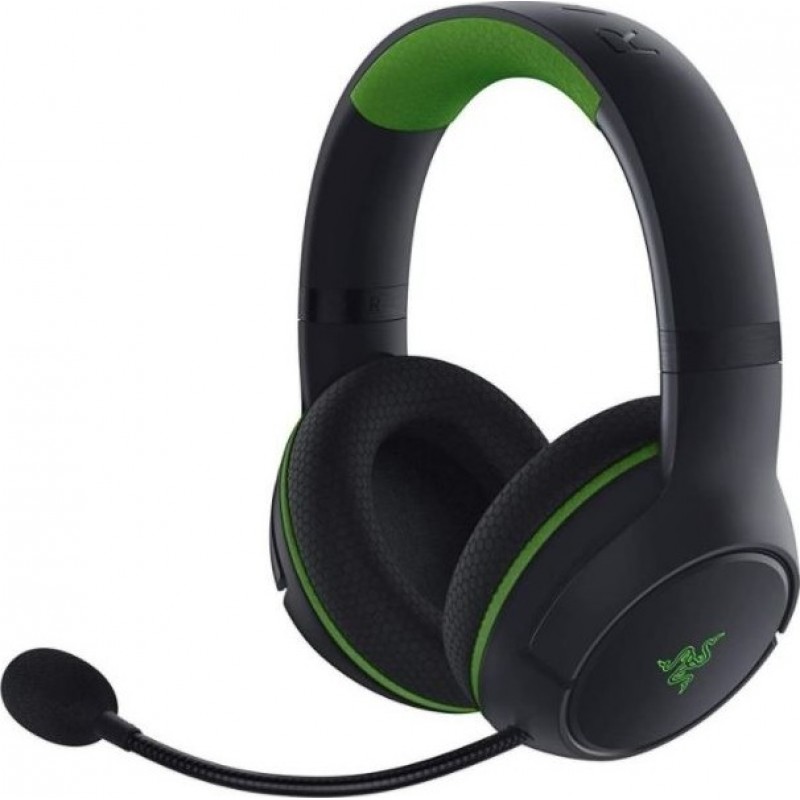 Take your competitive advantage to the next level and exert true console dominance with the Razer Kaira for Xbox—an Xbox Series X|S wireless headset that offers superior audio immersion with our most powerful drivers ever, and crystal-clear voice comms with the best headset mic we’ve ever designed.

Our all-new patented design allows our engineers to custom tune each driver as though there are three—allowing for the individual replications of high, mid and low audio frequencies to deliver richer trebles, brighter sound and powerful bass.

The Razer Kaira for Xbox also includes titanium-coated diaphragms, giving added clarity to any vocals you hear so that any comms you receive is always crisp and clear.

Offering greater speech pickup and noise cancellation, the bendable mic on this Xbox Series X|S wireless headset has an optimized microphone housing which adopts a more open design for minimal obstruction—resulting in improved clarity for a closer recreation of your voice.

Located on the right earcup, hold down the button to pair your headset easily, and press it twice to cycle through 4 EQ settings—such as FPS Mode that enhances in-game audio like enemy footsteps, and Bass Mode to amplify low frequency sounds.

Do away with complicated setups and wireless dongles. This Xbox Series X|S wireless headset provides a direct, low-latency connection to the console, with a great signal range that supports seamless couch gaming.

Experience lifelike surround sound that allows the headset to place audio with pinpoint accuracy, heightening your in-game awareness for a competitive edge and truly immersive experience.

Supported by the Razer™ Headset Setup for Xbox app, get it sounding exactly the way you want with access to deeper audio customization options such as personal EQ presets, mic monitoring, and more.