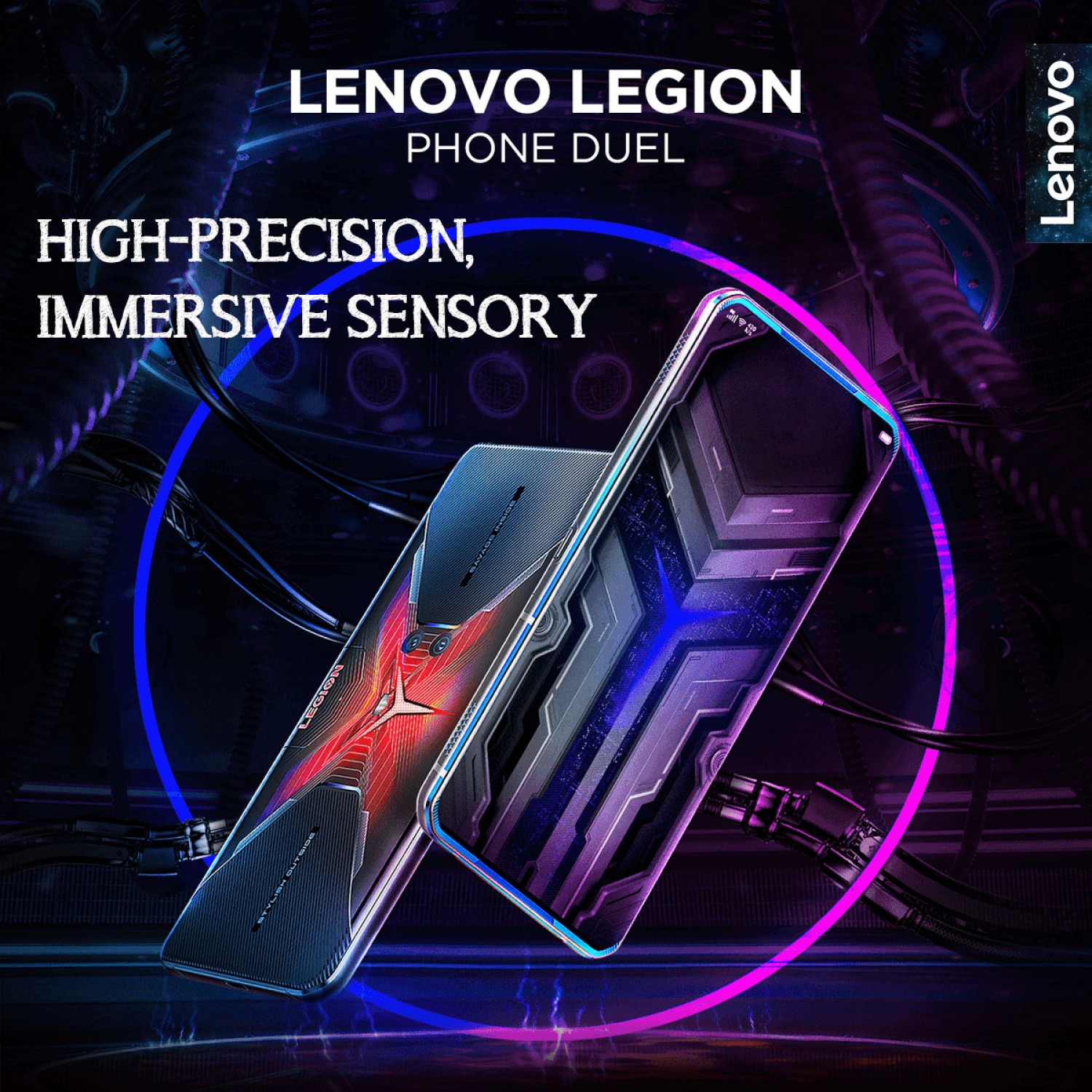 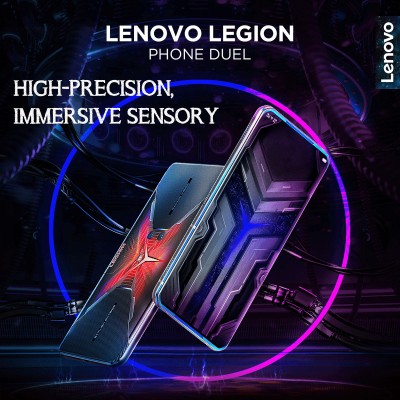 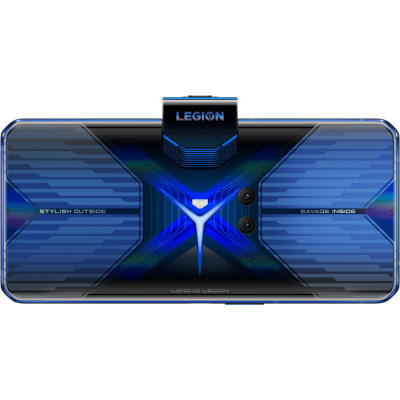 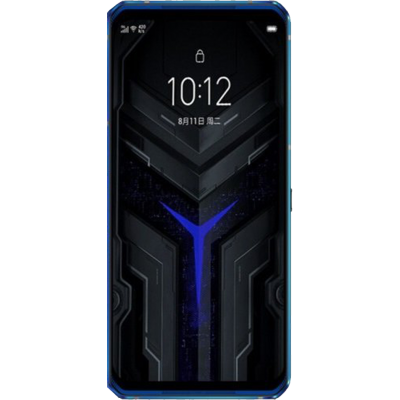 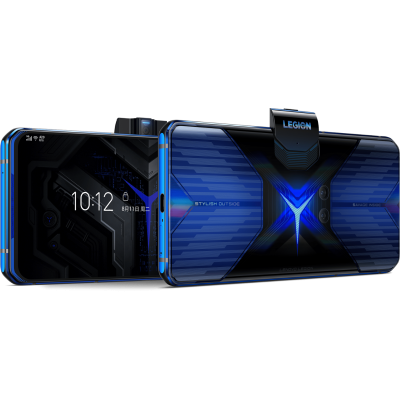 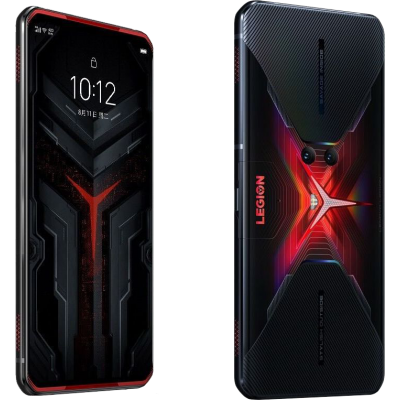 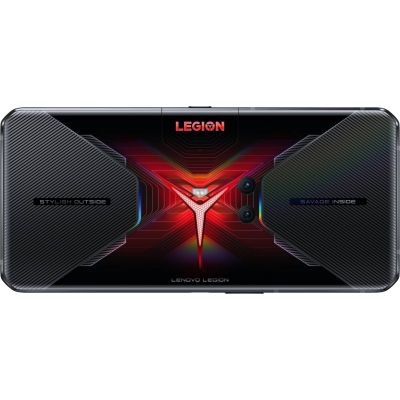 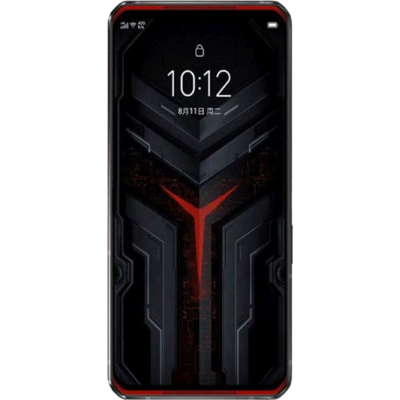 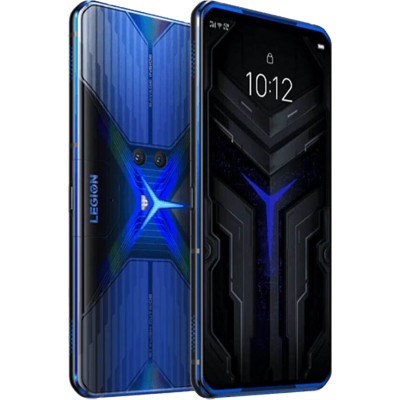 The mobile gaming scene is heating up with a bigger selection of titles and 5G1 enabling super-fast speeds in more places for all-out gaming adrenaline. If your smartphone isn’t packed with enough power for modern mobile gaming, you deserve a better handheld Android™ gaming experience. Enter Lenovo Legion.

High capacity 5000mAh battery life thanks to dual 2500mAh batteries placed in gamer’s grip areas on either side of the central logic board.

Gaming on a smartphone can be very resource intensive. With this in mind, the Lenovo Legion mobile gaming engineers and designers worked with the gaming community to prioritize their most valued product attributes. Turns out, many mobile gamers agree with PC players on the must-have features, such as, balanced performance, reliable stamina, and immersive features that get your heart racing. The trick with packing as much performance and power as you can into a smartphone that fits in the palm of your hand, is that those internals are going to heat up. The question was how to keep everything cooler for the gamer. Having already met the challenge of employing smarter thermals, incredible performance and more in the lineup of high-powered Lenovo Legion PCs earlier this year, the Lenovo Legion team was well positioned to deliver on mobile and PC gamers’ shared needs. Read on to learn more about the clever techniques used on our new gaming phone.

CHARGED UP, COOL AND CLEAR

By inventing advanced methods to better dissipate heat with dual liquid-cooling and copper tubes, plus moving the dual 2500mAh batteries off to the sides where gamers’ hands would rest (vs. forcing them to touch the warm logic board encasing the processor), Lenovo made the handset easier to hold while also extending gameplay without the fear of overheating.

A convenient center charging port means your cord won’t get in the way while catching a battery boost when gaming in landscape mode. Full 90W Turbo Power Charging takes both charging cords (from center and side ports) to power up both batteries for a combined total of 5000mAh. Go from zero to up to 50 percent power in only 10 minutes, and a full charge only takes 30 minutes

Enhance the mad gaming skills you already have with better audio for clearer situational battle cues in-game, so you can react even faster to the footsteps behind you. It’s made possible with dual front-facing stereo speakers with large 1.4cc acoustics chambers for amazing far-reaching sound quality.

Pair that with the virtual gamepad controls for touch and move simulations thanks to the Lenovo Legion Assistant. Near instant, dynamic and surrounding vibration from specialized engines in the phone simulate the feel of in-game hits. A built-in gyroscope sensor detects motion and complex orientation changes, like while watching a 360-degree video, or when your screen view autorotates whenever you rotate your phone on its horizontal axis. Although many Android smartphones have one embedded now, the Lenovo Legion Phone Duel leverages its gyro to optimize the gaming experience for the user, for example, its virtual joystick feature works by moving your thumb around on the screen while playing a game, either to aim or to move players in a new direction.

Designed to offer gamers better grip, the phone feels solid at 239 grams (8.43 ounces) and is 9.9 mm (0.38 in) at its thickest point. Turn heads and show off your passion for gaming in a high-octane red or cool blue with programmable RGB lighting effects for Lenovo Legion’s recognizable “Y” icon and the back of its pop-up selfie camera. Lights can also be programmed to dynamically change depending on in-game effects for a more immersive experience.