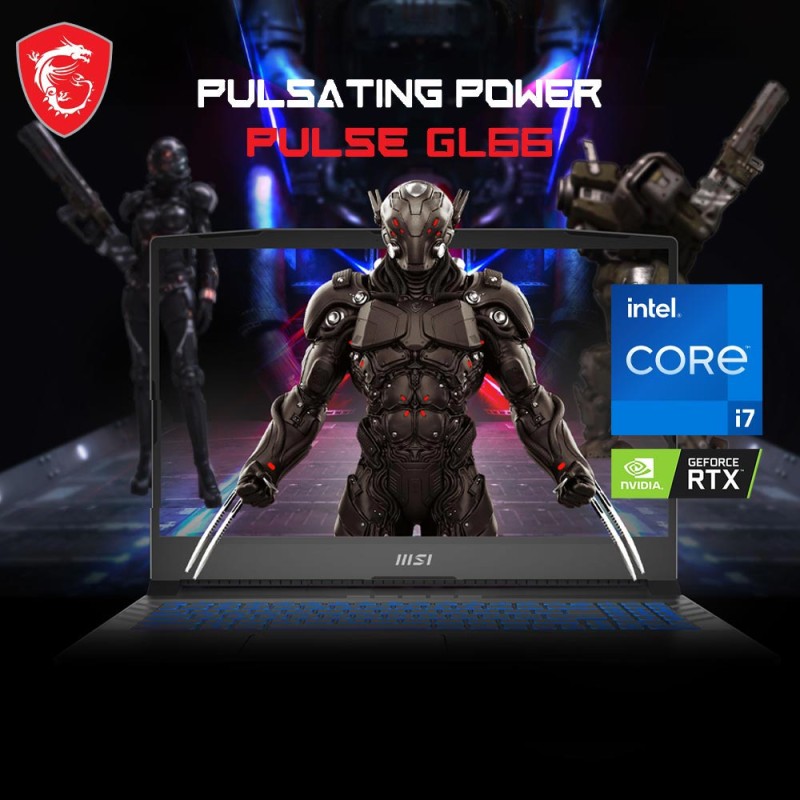 Your trip Starts Then. The palpitation GL66 is plugged with the rearmost 11thGen. Intel ® Core ™ i7 processors and NVIDIA ® GeForce RTX ™ 30 series plates. The titanium argentine essence shield and figure lines are full for those who love a sturdy and futuristic project.

THE LEGEND OF THE DRAGON LAN

At every corner of the macrocosm and in every script, the Tribe of the Dragon marches through the world, impregnable and insurmountable.

They're the owners of bottomless knowledge and authority. They can repel numerous ordnance fires and still prevail. As the hosts of Dragon soldiers march on and spacecraft cover by, the dogfaces sit out in their titanium powered- shields armed with Pulse Energy munitions. The claw steels overflowing with electric current abound in the ground as they vanquish the world.

With titanium argentine essence shield and figure lines, the palpitation GL series is for those who love futuristic aesthetics. The project around the keyboard is amplified by the supplementary exposition interface. The hexagonal project at the bottom lattice is described in an archetypal movie scene of astral fighters rising over globes. Equip the palpitation GL series and unlock its full eventuality.

POTENT interpretation TO GAME ON

Equips the rearmost 11thGen. Intel ® Core ™ i7 processor, it's over to 40 interpretation earnings over the former generation. Achieve lesser authority with this 8- gut processor supporting up to4.6 GHz binary- gut turbo frequency to maximize effectiveness in gameplay,multi-task work, and productivity.

LIGHT UP YOUR phraseology

Enjoy every detail in games at 2560x1440 conclusion and the blazing- whirlwind 165Hz fare rate panel. It's time for a more vibrant visual experience.

* Optional. The factual specification may vary by configurations

radical Chilling FOR NEXT- word GAMING

Devoted thermal results for the CPU and GPU with over to 6 heat pipes. By enlarging the internal periphery of the thermal tube and utilizing MSI exclusive thermal grease to insure ultimate interpretation under extreme gaming.

THE expressway MUSIC SHOULD BE

enthrall yourself in lossless music and enjoy the decoration sound quality with Hi-Resolution Audio. Experience and hear to audio the expressway it was intended.

GET ALL THE suckers

The exclusive MSI Center helps you control and customize your MSI laptop to the expressway you want. Examiner, acclimate, optimize, and may exercise features erected into one consolidated system. It offers ultimate flexibility with new places similar to Smart Image Finder, UI face option, and further, customizes your particular preference.

The rearmost Wi-Fi 6 features802.11 layoff norms and is 3x briskly than Wi-Fi 5, aimed to deliver lightning-whirlwind gameplay, stylish streaming, and the most immersive massage experience. Play on the most optimal gaming settings with Wi-Fi 6.