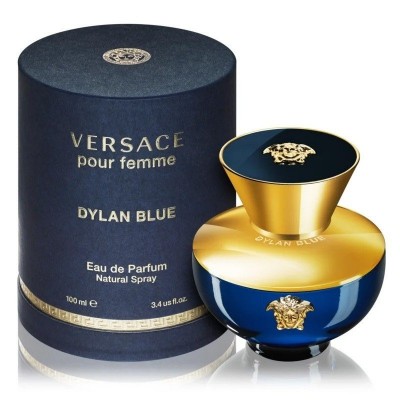 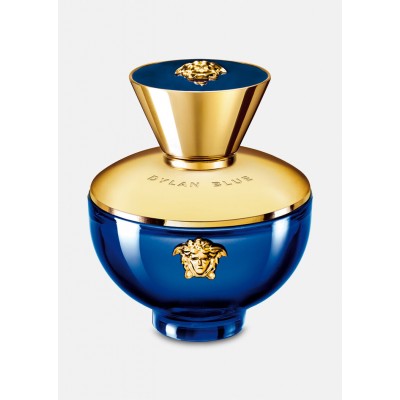 VERSACE  DYLAN BLUE The floral-fruity- woody composition is conceived so that the epithets of uniqueness, strength, sensuality and elegance are represented by the upper, middle and base notes of the fragrance.The creation is signed by perfumer Calice Becker "Dylan Blue pour femme is my tribute to femininity. So I created a strong, sensuous yet refined fragrance for a woman who knows her own power." - Donatella Versace.

The Versace pour femme Dylan Blue bottle is the expression of innovative design. Its elegant curves bring to mind an amphora, evoking Greek culture and mythology. The colour of the bottle and packaging is as intense as the Mediterranean Sea: strong, deep and mysterious. Gold details and the iconic Medusa - a bridge between past and present – embellish its precious content."

Versace is an Italian fashion design house founded by the late Gianni Versace and continued by other members of the Versace family after his death. Debuting with a line of women's wear in 1978, the company was an instant success. A men's line and the company's first boutique in Milan followed in that same year. Gianni Versace chose the Medusa symbol as his company's logo. The company's luxurious clothing and accesories are characterized by influences ranging from pop art to classical Greek and Roman architecture.